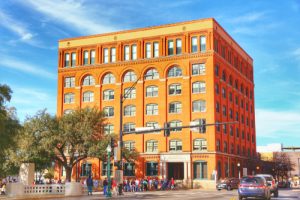 Dallas is a city located on the north side of the state of Texas, the third-largest in this state and the ninth most populous city in the United States. It has good economic development from cotton, livestock, and oil. Although its tourist activity does not have a great impact on the economy, this state has a great diversity of attractions that make your vacation alone or as a family incredible.

One of the places you have to visit on your trip to Dallas is The Sixth Floor Museum at Dealey Plaza, it’s a museum that focuses on life, tragic death, times, and everything that includes the legacy of John F. Kennedy, president of the United States. It is located in the same place from which Lee Harvey Oswald shot the president in 1963.

Permanent exhibitions at the museum.

The Sixth Floor Museum at Dealey Plaza offers an experience anchored to history, in order to provide an educational, stimulating, and emotional context. Here are some of the permanent exhibitions:

Hours and information on museum tickets

Your schedule is from 12 pm to 6 pm on Mondays and Tuesdays to Sundays is from 10 am to 6 pm, in the case of the store and the cafeteria have a schedule from 09:30 am to 6 pm daily. The museum fee is priced at $1 per ticket, please note that the number of seats is limited by groups that are armed every 30 minutes.

For a better visit try to get to the museum early or late afternoon, the tour is self-guided, so we recommend getting a CityPass brochure so you can know which way to go and distribute time in a way you can explore much more.

If you want to expand your experience, your next parade should be John F. Kennedy Memorial Plaza, which is a few blocks away and you can visit the public tomb where a monument with a plaque named after the president carved in gold is located. The purpose of this is to encourage reflection and always maintain the legacy of the president.

More local attractions in the area